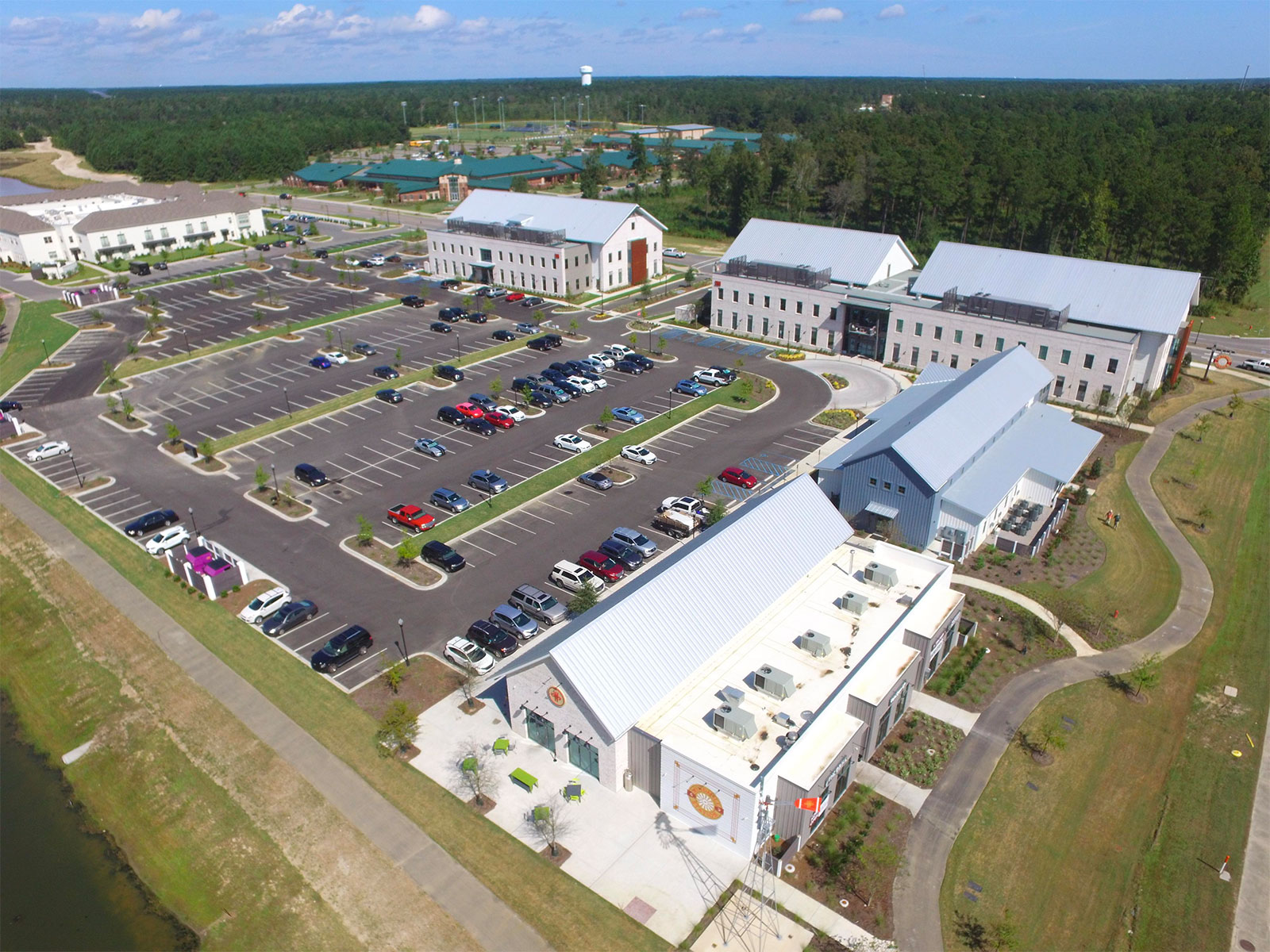 In 2020, economic opportunity is soaring in Goose Creek.

New leadership often brings fresh perspectives, and that is true in the City of Goose Creek.

Elected as Mayor of Goose Creek in April 2018, Greg Habib has called the City home since 1982. He’s seen a tremendous amount of change over the decades. The city’s base population has shifted from primarily military families to what’s now a younger, upwardly mobile demographic. “We’re now the eighth-largest city in South Carolina,” he said. “We’re high-earning. We’re educated. And our median income is actually higher than many of our neighboring communities.”

Attracting developers, entrepreneurs, and businesses to serve these young families and professionals is a top priority for the mayor.

Katherine Hendricks is a business development director at a regional engineering firm.

“Mayor Habib is doing a good job getting Goose Creek into conversations, so people are starting to see the community and know that it’s open for business,” said Hendricks, who has seen interest in Goose Creek from commercial brokers.

Goose Creek also added an Economic Development Department in 2017 and brought in Matt Brady as the department’s director. Brady joins the mayor in pursuing a more robust, thriving Goose Creek to better serve its residents. He and his staff are actively helping businesses and community leaders guide economic development, promoting workforce development and training programs, and using social media to shine a spotlight on the positive things happening in the city. Brady also connects regularly with site selectors and restaurant and retail developers to get the city into regional conversations.

“In addition to our green spaces and lower cost of living, Goose Creek is in a hot industrial development area,” Brady said.

Goose Creek is perfectly situated between an automotive giant to its north and the world’s aerospace leader to its south: Volvo began production in 2018, and Boeing in 2011. Goose Creek is also home to JW Aluminum, a manufacturer of flat-rolled aluminum products. Soon, Century Aluminum, a producer of raw aluminum, will join the City through annexation. A tour around Crowfield Park reveals an international presence with companies like Quoizel, Pegasus Steel, and Tru Simulation. Charleston International Manufacturing Center, which also has a Goose Creek zip code, houses even more business from around the world. All of these players–plus the needed suppliers this manufacturing will attract — comprise the backbone of this industrial environment.

Kristen Lanier, with Berkeley County’s Economic Development Office, sees the wheels of progress turning. “On Matt’s radar is an incubator program,” she said. “He’s been looking at opportunities to create a coworking space. These things will open up new markets.”

With advocates like Habib, Brady, and others hopping on the #CreekRising campaign and spurring economic growth, Goose Creek is on an upward trajectory. It was once considered an older, Navy town, removed from the dynamic growth of the Charleston metro area, that wasn’t interested in entertaining development. Now, the city has evolved and is open to developers who will bring family-focused amenities and businesses who want to build community connections. In the words of the mayor: “We are growing with a purpose here, and we’re a high-earning young community that’s a great place to raise a family. And we’re trying to grow opportunities for people to live, work and play here.”

Next Post
If You Build It, They Will Come…